Art consists of the togetherness of concepts, origins, structures and logic different from each other.

In order to verify this reality in an extreme point of practice I had to bring things together that are entirely alien to each other. But it was a fact that the things that were the most unfamiliar to each other resulted from a coincidental togetherness.

"After a few trials 1 chose the theme 'the maps1 because they were the most uncontrolled and completely coincidental subjects.

First I paint all around the subject, then I cut the districts made from plywood from the  map, and distribute them to amateurs, professional painters, and children, and tell them to do 'whatever they wantr. Then I collect them back, and mount them on the map again according to the numbers on their back , And I never interfere with them.

As a result, ail through history, painters were seeking the so charmed coincidence with consciousness, and finally finding it.

I let the coincidence absolutely free. 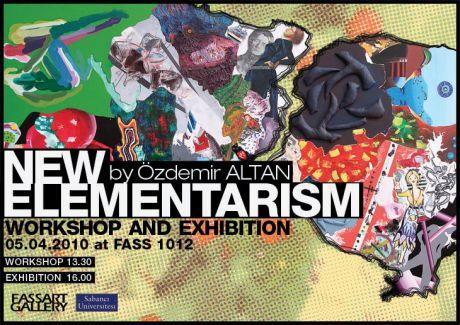