This is the continuation of the exhibition of the large scale photographs titled previously -Journeyman 4 Warmia Region 1 from November 2014. In “Warmia 2” exhibition Zaremba has presented photographs of small village gothic churches outside views, very brick architecture and some of the Teutonic castles surrounding this all region from the beginning of XlV century. One of the photograph shows the church in parish Lubomino, established by Eberhard von Neissein in 1308 year. The ex Clergy house became authors grandmother place of life since 1945. Zaremba had been having holidays there (between 1954-1966) and has to say that those time memories and his uncle Nataliusz Jasik were the guides for this presentation. Finissage will be at 14.00, 30th January 2015 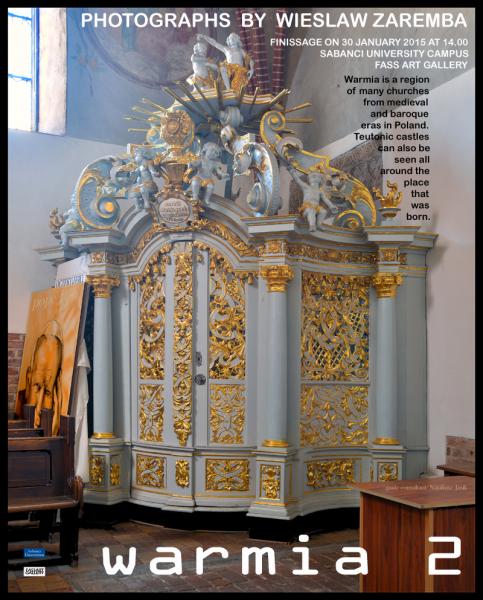