We have Commemorated Atatürk with Respect and Longing

The ceremony, which took place at the Sabancı University Performing Arts Center, started with a moment of silence and the national anthem. Following the opening speech delivered by our Faculty of Arts and Social Sciences (FASS) Dean Meltem Müftüler-Baç, the ceremony continued with speeches by our President Yusuf Leblebici and FASS Faculty Member Zeynep Gülru Göker.

Highlighting that Sabancı University acts with the mission of raising young people with universal values ​​such as human rights and the rule of law, who approach matters with a questioning mind, who believe in the power of science and knowledge, and who have "a free mind, clear conscience and wisdom" as Atatürk wished, Yusuf Leblebici said, "We commemorate the great leader with respect and gratitude for the valuable legacy he left us".

This year's speaker of the Atatürk Commemoration Ceremony was Zeynep Gülru Göker. In her speech entitled “Freedom as Non-Domination: Atatürk, Republican Thought and Gender Equality”, Göker pointed out that the reforms realized during Atatürk's period were extremely important in the struggle for women's rights and freedom.

Göker continued: “The proclamation of the Republic is a struggle against monarchy and theocracy for independent citizens to live in an independent country. This struggle for freedom is also of great importance for women and gender equality. As Atatürk said, referring to women, ‘if half of a community is in chains, it is not possible for the rest to move forward’.

“After the declaration of the Second Constitutional Monarchy, many women's associations were established and many magazines were published. The idea of ​​equality was shaped in this period and it progressed, materialized and quickly became a law with the Atatürk period and the enlightenment perspective”.

In her speech, Göker discussed the approach of the Republican understanding of different periods to the acquisition and protection of women's rights and freedom. 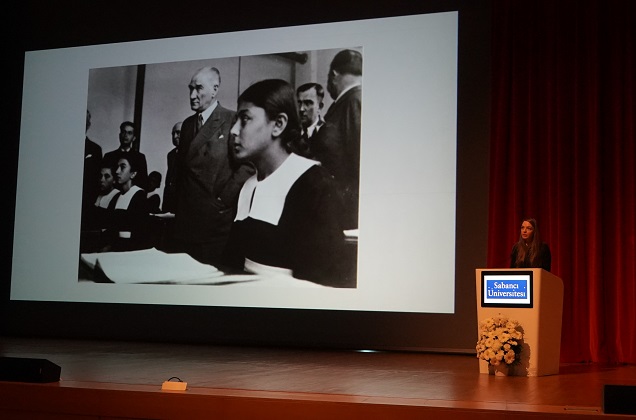 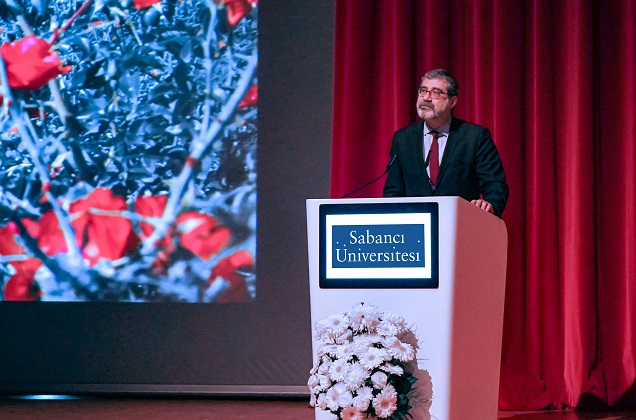